Mikkeli fell in love with the local Lucky Days

The Osuuskauppa Suur-Savo cooperative launched the development of the brand of the Stella shopping centre, using a new recipe. The fabulous Onnen Päivät (‘Lucky Days’) price campaign raised noteworthiness to a whole new level. One of the keys to success was the Grano Virtual Store tool.

According to Customer Relationship Manager Marja-Leena Koukonen, the foundation was set for the shopping centre’s brand, and it was time to develop the campaign brand.

- Many people visit Stella, and many types of events are organised at the Tähtitori square. Our aim was to showcase the existing campaigns at the shopping centre even to those who visit the Tähtitori square but are not reachable through printed advertisements or other external campaigns, Koukonen outlines.

She mulled the issue over together with Grano’s Regional Manager Henrik Kosonen.

- The structure team has inventive and fresh ideas, as well as the skill to make their ideas a reality in a smart way. Even this time the team found fresh perspectives to a campaign that has already been essentially running for a few years, Kosonen says. He invited the marketing team of the cooperative to visit the Vallila facilities.

And good that he did: Koukonen and her team were excited about what they saw.

- It was truly a good visit! Our eyes were opened to a whole new world. We had never realised how much true professionals can achieve. We also got some great ideas for next year and the Osuuskauppa Suur-Savo cooperative’s 100th anniversary.

The Grano Virtual Store tool, based on 360-degree imaging, was used as a basis for the design. It is a tool developed by Grano to allow the realistic modelling of the campaign elements in their actual environment.

The customer can vouch for the advantages of the tool: elements that previously were difficult to perceive as a whole can now be made tangible as one, clear unit.

Based on logos and colours

The project brought Grano’s knowledge of the stores to good use, as well as the expertise related to imaging, structural and 3D design, and visual design. Some limitations also applied: the logos and colour schemes had to be maintained. In addition, the elements were to be reusable in future price campaigns as well.

- The installation environment, and the ease and safety of the installation must also be considered in the design, Pokki recounts regarding one of the most essential areas of the design process.

- The success of the campaign obviously depends on several factors. Personally, I believe that the excellent feedback we got from both the customers and the companies located at the shopping centre is largely due to the competence at Grano. In addition, cooperation with everyone at Grano went extremely smoothly. Everything went as agreed, including the schedule, says Marja-Leena Koukonen happily.

A living room for everyone in Mikkeli 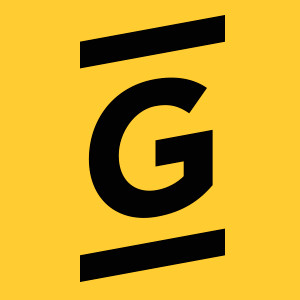 Grano is the most versatile expert of content services in Finland. We help our clients carry out content projects that support their business from start to finish, from creative design to production, publishing, measuring results and material management – in all the print and digital channels relevant to our client's target audience.